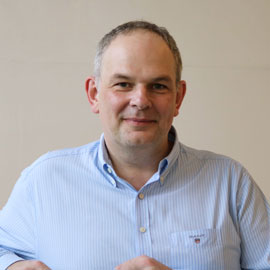 Professor John Chambers is Professor of Cardiovascular Epidemiology at Lee Kong Chian School of Medicine and at Imperial College London, and he is the Director of the NIHR Global Health Research Unit on Diabetes and Cardiovascular Disease in South Asians.

He uses population-based approaches to investigate the mechanisms underlying obesity, diabetes and cardiovascular disease amongst South Asian population, with a focus on DNA sequence variation, molecular regulatory disturbances and their interaction. John leads large-scale prospective, observational population studies in South Asia and in the UK, including the unique London Life Sciences Prospective Population study of 30,000 South Asian and European men and women living in the UK. He also leads the European Union funded iHealth-T2D interventional study aimed at prevention of obesity and diabetes amongst South Asians in India, Pakistan and Sri Lanka. Over the last decade his group has been at the forefront of genomic research and has published >40 papers in Nature Genetics and Nature Journals.

In parallel, he is accredited as an Interventional Consultant Cardiologist. He has previously practised at Imperial College Healthcare NHS Trust and London North West Hospitals NHS Trust. Currently, his primary focus is research and he limits himself to non-invasive cardiology.