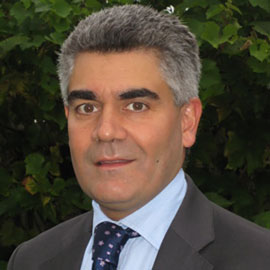 Professor Jonathan Valabhji is National Clinical Director for Diabetes and Obesity at NHS England. Jonathan has obtained is undergraduate and MD from University of London and is a Fellow of the Royal College of Physicians.

He is a Consultant Diabetologist at St Mary’s Hospital, Imperial College Healthcare NHS Trust in West London and so remains highly active at the clinical coalface. The published clinical outcomes from his Multidisciplinary Diabetic Foot Service at the Trust are comparable to the best centres internationally.

He is Adjunct Professor at Imperial College London, with a current research focus on diabetic foot disease as well as on diabetes population level health, and past publications on cardiovascular disease in diabetes. As National Clinical Director, he is clinical lead for the NHS England Diabetes Programme, including both its Diabetes Treatment and Care Programme and the Healthier You: NHS Diabetes Prevention Programme, a collaboration between NHS England, Public Health England and Diabetes UK that aims to cause England to be the first country to implement at scale a national evidence-based Type 2 diabetes prevention programme.